NEW MOTOR ACT VEHICLE 2019
The Motor Vehicles Amendment Act has waded into controversy with multiple states accusing the Centre of burdening the common man with heavy fines. The Act, which came into effect from September 1, aims at stricter punishment for violation of traffic regulations and to bring discipline on roads.

What are the new fines under the Motor Vehicles Act, 2019

The government has notified 63 provisions of the Motor Vehicles Amendment Act 2019, including the ones dealing with enhanced penalties for various traffic offences, from September 1. The new rules also enhance the penalty for drunken driving to imprisonment up to 6 months and/or fine up to Rs 10,000 for first offence and imprisonment up to 2 years and/or fine of Rs 15,000 for the second offence. Besides, the penalty for driving without a license will be increased from up to Rs 500 to Rs 5,000. Fine for not wearing a seatbelt would attract a fine of Rs 1,000 as against Rs 100 at present. The over-speeding penalty has been increased from Rs 400 to Rs 1,000 to Rs 2,000. 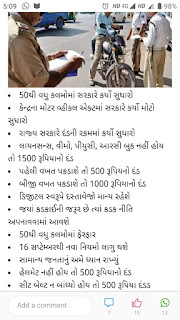 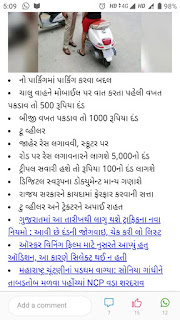 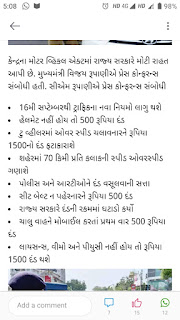