What is a 5-year relative survival rate? Survival Rates for Mesothelioma

What is a 5-year relative survival rate?

A relative survival rate compares people with the same type and stage of malignant pleural mesothelioma (MPM) to people in the overall population. For example, if the 5-year relative survival rate for a specific stage of MPM is 30%, it means that people who have that cancer are, on average, about 30% as likely as people who don’t have that cancer to live for at least 5 years after being diagnosed.

The most important factors associated with better survival were age (less then 45), female gender, epithelioid cell type, stage 1 disease, peritoneal occurrence and treatment combining surgery with chemotherapy. Mesothelioma Tumor Location There are four types of mesothelioma, and the site where the cancer originates affects patient outcomes. Survival is significantly better for peritoneal patients. About 40 percent of mesothelioma patients survive at least one year. 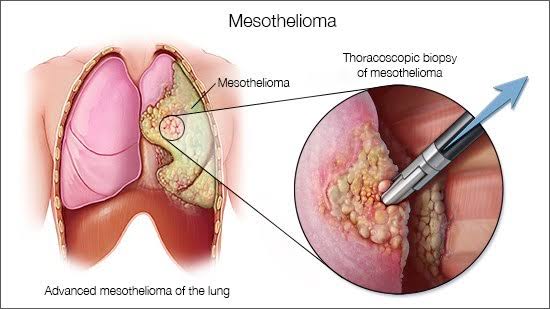 Where do these numbers come from?

The American Cancer Society relies on information from the SEER* database, maintained by the National Cancer Institute (NCI), to provide survival statistics for different types of cancer.
The SEER database tracks 5-year relative survival rates for MPM in the United States, based on how far the cancer has spread. The SEER database, however, does not group cancers by AJCC TNM stages (stage 1, stage 2, stage 3, etc.). Instead, it groups cancers into localized, regional, and distant stages:

Less than 10 percent survive longer than five years. Patients diagnosed in the earliest stage who undergo treatment have a five-year survival rate of 16 percent, according to the American Cancer Society. What Are Mesothelioma Survival Rates? Survival rate typically refers to the percentage of people with cancer who live one and five years after initial diagnosis. These measures are referred to as the one-year and five-year mesothelioma survival rates. When discussing survival rates, you may hear other related terms such as life expectancy,

which is the average time a person is expected to live based on birth year, current age, gender and other factors. Mesothelioma affects life expectancy because the cancer reduces the number of years a patient is expected to live.

An advanced peritoneal mesothelioma therapy called hyperthermic intraperitoneal chemotherapy (HIPEC) has significantly improved survival rates for this cancer. The procedure combines cytoreductive surgery and heated chemotherapy. Not everyone qualifies for this aggressive procedure, but more than half who do live at least five years. This compares to a median survival of less than 12 months for patients with pleural tumors. In select studies, heated chemotherapy has boosted peritoneal survival to between 40 and 92 months. A 2015 meta-study published in Translational Oncology analyzed 20 years of data, collected from 1992 to 2012. The five-year survival rate for peritoneal mesothelioma patients was more than five-times higher than the rate for pleural patients.
(Based on people diagnosed with MPM between 2008 and 2014.)