At that time too, he had a lot of opposition. The decision was taken back due to suspicion that the education would have an adverse effect. School teachers of Ahmedabad accepted the government's say On one side Rajkot has been opposed, Navratri vacation has been accepted in private schools in Ahmedabad. Progressive School Association spokesperson MP Chandra said, "There is no protest in our school's ninth night vacation. Therefore, this decision has welcomed the schools of Ahmedabad. ' At the same time, Navratri has been accepted in Ahmedabad's secondary schools

The attempt to give a vacation to Navratri has happened a second time. This was the first such proposal in 1995 when the government of Keshubhai Patel. Nalin Bhatt, the education minister of that time, made such an initiative.

Government's argument: The state government believes that during the Navratri, students should get enough flexibility in the night Garba during Navratri. If they are not worried about going to school the next day, they will be able to enjoy well, so leave has been announced. Deputy Chief Minister Nitin Patel said that the government does not take any decision by asking anyone. 23 years ago, Keshubhai's government did the same, but it was only for two years. In 1995 the decision was taken back. 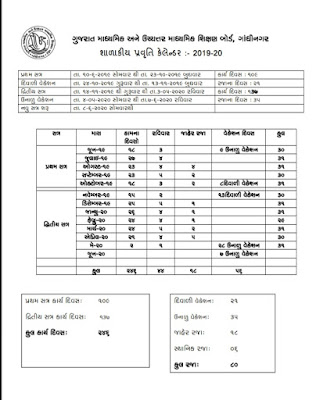